Relocating a printshop is no small task, not only is there all the heavy equipment to be uplifted and moved and then recommissioned, there is the fact for the duration of the move the equipment cannot be producing. As we all know, downtime is expensive.

H owever, there is still more to it than this. Moving equipment often unearths inexplicable problems, the gremlins seem to creep into the equipment when it is dismantled and when it is all reassembled there are problems. Templer Industries, formerly of Linden, recently gambled all of these potential negatives in order to make a move across town to considerably larger premises in Benrose.

But, as already stated this is no small task and not something to be undertaken as an in-house project. When Michael Templer finally decided to relinquish his shopfront premises in Linden, there was only one company he would trust to move his entire plant – Widasla and more specifically his friend Dou Fourie.

Michael and Dou first met four years ago when Michael decided to expand his digital operation into the litho market in order to be able to better service his growing client base, many of whom were looking for longer run work to be produced. According to Michael, the installation of the five-colour Heidelberg Speedmaster 74 was handled smoothly and efficiently and the first job produced on the machine after commissioning was saleable. Michael commented, ‘Dou has always demonstrated the highest level of professionalism. His advice on the type of press which would best suit the needs of the company was absolutely correct.

He is not simply looking to make money at the expense of the customer. His service since then has been top quality, in fact except for routine maintenance, he has never had to attend to this machine.’ The installation of the litho press along with the continually expanding volume of work on both the litho and digital presses resulted in expansion and with it the problem of sufficient space. The premises in Linden totalled only 260sqm which meant that during busy periods or in the height of production, space for storage of stock and printed material became something of an issue. It was at this point that Michael started looking around.

He was, however, reluctant to leave his shopfront premises. As is his ritual, he did not rush into the decision but considered all of his options, until finally it became obvious that new premises were the only solution, especially in light of the fact that future expansion in terms of extra capacity is on the cards. The move entailed an extensive decommissioning of the equipment, rigging and transport across Johannesburg to its new location at 130 Main Reef Rd, Benrose. The pressroom equipment was moved by the crew at Widasla while the digital presses were moved by the technicians at Bytes Documents Solutions.

The new premises give Templer Industries adequate space totalling 3000sqm, sufficient for each department to be ergonomically laid out. Dou commented, ‘As moves go it was straight forward. Michael did not put us under any pressure to get the move handled so we were able to do it carefully and correctly and it was all handled within the course of a week from decommissioning to reassembley. We used the services of Electrobillity and Shaun Matthews the head electrician for the electrical work and our own engineers handled the mechanical side of things.’ Michael added, ‘Once again the commissioning of the machine was completely smooth and painless. In fact it was done so effortlessly and professionally that once again the first job produced on the machine after commissioning was invoiced to the client.’ The move to new premises created a new challenge for Templer Industries. It had always relied on the services of an external prepress bureau for the production of its printing plates. The move meant that this was no longer possible. Rather than look for a new bureau to handle his platemaking requirements, Michael opted to bring this process in-house.

He looked around at the previously-owned systems which were available on the market. His search lead him to Kemtek Printing Systems which had a Screen PlateRite 8300 computer-to-plate system in its warehouse. When combined with the Fujifilm Pro-T3 processless plate this offered Templer Industries the most cost-effective and simplest solution to its platemaking requirements. Michael opted to take on the operation of the computer-to-plate system himself and thereafter to train one of his staff to handle the output of plates. He commented, ‘The training provided by Kemtek was excellent and sufficient to get us up-and-running.

The system is also very easy to understand. The Pro-T3 plates mean that we do not have to worry about chemistry which simplifies the process of making plates.’ The move to the new premises along with the installation of the platesetting system has opened the way for additional future growth. Michael is already considering additional investments in another litho press, as well as additional digital capacity. Dou commented, ‘There is a perfect place in the factory for the positioning of another five-colour press. We are currently looking at the type of job which Templer Industries is attracting and then I will work closely with Michael to see what press would best suit his needs. I treat all of my customers as a partner, if I can help them to grow then it benefits both of us. I would like to thank Michael for putting his trust in us once again. I also want to thank Shaun and my own team for their dedication to carrying out this project so efficiently.’

With new and much larger premises, Templer Industries is on track for a bright future. All of its corporate clients have been unperturbed by the move, happy to continue receiving quality work over the convenience of the shopfront premises they were used to. Even some of the smaller clients with very limited or niche requirements have been prepared to travel the extra distance just to continue receiving the personal service they have become accustomed to.

News
Another proud day for me. The team at Widasla Finishing doing what the do best. Refurbished Kolb… 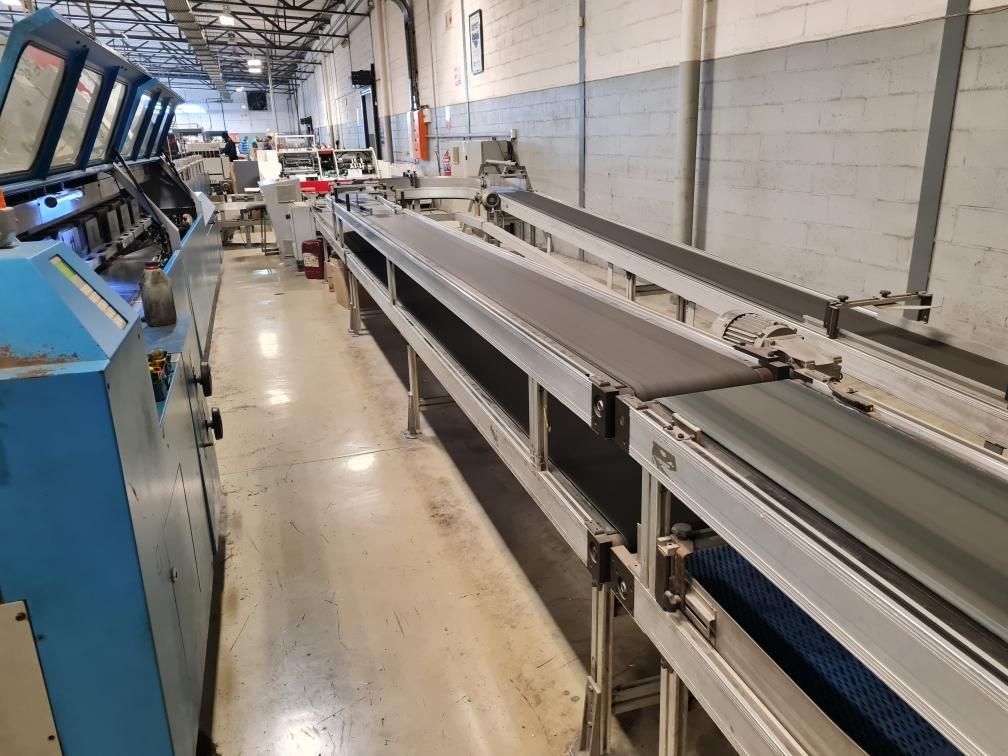